END_OF_DOCUMENT_TOKEN_TO_BE_REPLACED

Super Junior’s EunHyuk voted SiWon as the member with the worst hearing.

On KBS2TV “Happy Birthday” which was broadcasted on the 6th, EunHyuk expressed that his company has acknowledged him and let him take up the responsibility of Super Junior’s concert choreography; 70 to 80% was his very own production among the performances put up.

When EunHyuk was questioned about Choi Si Won’s bad hearing, he stated that “he is inattentive and his ears are not listening”, revealing another shocking side of SiWon. “There was once our choreographer told us to practice our choreography, and SiWon asked ‘Are we going to meet Bae Yong Jun?’” which led to a series of laughter.

EunHyuk then discussed his worries with MC Lee Kyung Kyu, admitting that he is feeling distressed about his popularity being lesser when compared to LeeTeuk. He stated “Everyone only remembers LeeTeuk. I still have to go for recording with him although people are still getting me mixed up.”

*Lee Kyung Kyu then continued to say “expression looked a little of displeasure, have seen before because (I didn’t) go for schedules, there’s nothing you could do about Leeteuk. You’re always the one at disadvantage because you’re not generous enough”.*

Note: For the part which I “*”, because the sentence didn’t quite make sense in chinese, I just direct translate it to english. So if it doesn’t make sense, just ignore it.

END_OF_DOCUMENT_TOKEN_TO_BE_REPLACED

credit: 晴天小朱SJ
reup/share by tiromaru @ sapphirepearls.com
do not cut the logo! do not modify the pic! DO NOT HOTLINK!
Take out with full credit! thanks 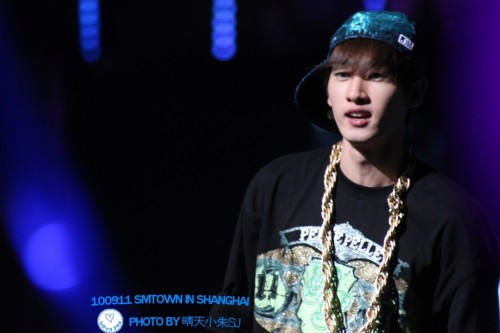 END_OF_DOCUMENT_TOKEN_TO_BE_REPLACED

* Before the start of the concert, the screen was playing the idols’ message to fans. * 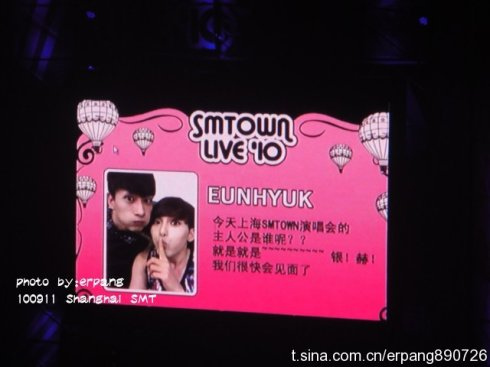 Photo credit as tagged
Translation by: minoko2440 @ sapphirepearls.com
Take out with full credits and DO NOT AMEND THE CREDITS IN ANY WAY!